Aaron Wilson reports that the Steelers have signed OLB James Vaughters to a contract. 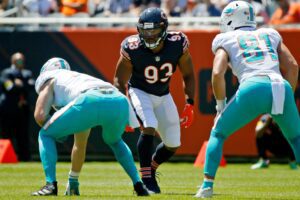 The Steelers confirmed the news and announced that they’ve waived LB Tuzar Skipper with an injury designation.

Should Skipper clear waivers tomorrow, he would revert to the Steelers’ injured reserve list.

Vaughters, 28, wound up signing on with the Packers as an undrafted free agent out of Stanford back in 2015. However, he was among the Packers roster cuts coming out of the preseason.

Chicago released Vaughters in 2021 and he signed on to the Falcons’ practice squad soon after. He was later promoted to the active roster.

In 2021, Vaughters appeared in 10 games for the Falcons and recorded seven total tackles, one sack, and one forced fumble.