According to Pat Leonard, the Pittsburgh Steelers have signed OLB Quincy Roche to a futures contract. 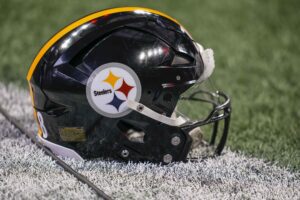 Roche was originally drafted by the Steelers but was claimed by the Giants. He had a chance to sign with New York on a futures deal but felt like Pittsburgh was a better opportunity evidently.

Roche, 24, was drafted by the Steelers in the sixth round out of Miami in the 2021 NFL Draft. He signed a four-year, $3.6 million rookie contract but was waived coming out of the preseason.

Roche was claimed by the Giants and spent his rookie season in New York. He was waived coming out of the preseason in 2022 and spent the season bouncing between the practice squad and active roster.

In 2021, Roche appeared in 14 games for the Giants and recorded 38 total tackles, five tackles for loss, 2.5 sacks and one forced fumble.

He played just three games in 2022 and recorded two tackles.