Mike Garafolo of NFL Media reports that the Steelers are signing OL Joe Haeg to a contract on Saturday. 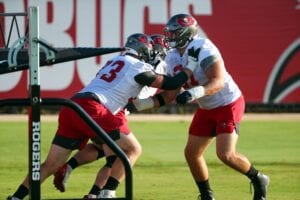 The Buccaneers opted to sign Haeg to a one-year contract last year.

In 2020, Haeg appeared in 12 games for the Buccaneers, making three starts for them.