According to Aaron Wilson, the Texans are activating RB David Johnson from their injured reserve to the active roster and also promoted WR Steven Mitchell Jr. from the practice squad. 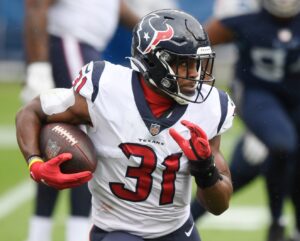 The Texans designated Johnson as a player to return from injured reserve earlier this week. (NFLTR)