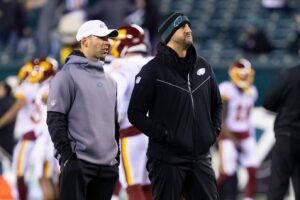 Aaron Wilson reports that Gannon has made an “extremely strong impression” on the Texans and “knocked it out of the park” during his interview with Houston along with the Broncos and Vikings.

Gannon is the first know candidate to have earned a second interview with the Texans.

The full list of the Texans’ HC candidates includes:

Gannon spent time with the Titans and Vikings before joining the Colts in 2018 as their DB coach. The Eagles brought him in as their defensive coordinator last year.