Aaron Reiss of The Athletic reports that the Texans claimed OLB Nate Orchard off waivers from Washington on Monday. 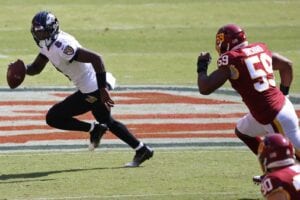 He had brief stints with the Bills, Chiefs, Seahawks, and Dolphins before getting released by Miami coming out of last year’s preseason. He signed a one-year deal with Washington back in November and finished out 2019 with Washington. He re-signed to a one-year deal this offseason and has been on and off of their roster.

In 2020, Orchard has appeared in three games and recorded two tackles and no sacks for Washington.