According to Manish Mehta, the Texans are nearing a deal to sign DE DeMarcus Walker to a contract on Friday. 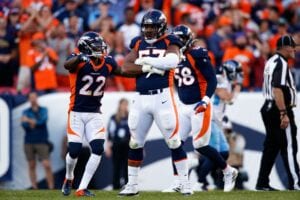 Houston brought Walker in for a visit yesterday, so they are clearly impressed enough to quickly get a deal done.

Walker, 26, is a former second-round pick by the Broncos in the 2017 NFL Draft out of Florida State. He finished his four-year, $5.1 million rookie contract and is testing the market as an unrestricted free agent.