According to Field Yates, the Texans are placing veteran C Justin Britt on the non-football illness list and LB Kevin Pierre-Louis on injured reserve. 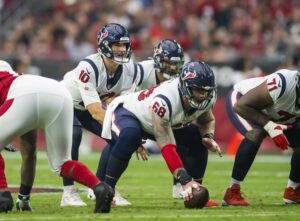 Britt was in line to make a base salary of $8.25 million for the 2020 season when the Seahawks opted to release him. He later re-joined the Texans on a one-year deal for the 2021 season.

He is currently contemplating his football options and has not yet committed to returning to Houston for this season.

In 2021, Britt appeared in and started 11 games for the Texans at center.