Tom Pelissero of NFL Media reports that the Texans still haven’t engaged in serious trade talks regarding QB Deshaun Watson. Although they have received calls from teams about the quarterback, even with the serious allegations made against Watson. 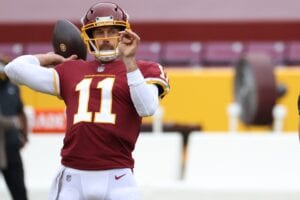 According to Pelissero, it’s possible that Houston could shift gears and explore deals for Watson in the coming weeks, but there is still a lot of uncertainty about his status for the 2021 season.

Pelissero says that Alex Smith shouldn’t be ruled out as a potential option for the Texans to go along with Tyrod Taylor, who was signed to a contract a few weeks ago.

Smith has ties to new Texans HC David Culley and plans to continue his NFL career. Pelissero mentions that Smith wants a chance to compete for a starting job and there aren’t that many of these opportunities available at this time.

Washington and Smith later agreed to a four-year, $94 million contract that included $55 million fully guaranteed. However, he was released last month.