According to Field Yates, the Texans have restructured CB Desmond King‘s contract. 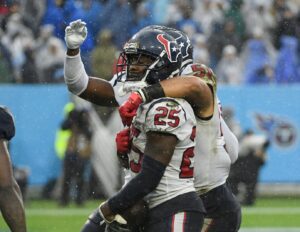 Houston converted $911,389 of King’s salary into a signing bonus, creating $455,695 in 2022 cap space. This helps their budget for practice squad moves and injuries.

King, 27, was drafted in the fifth round out of Iowa by the Chargers in 2017. He was traded to the Titans before the deadline last year for a sixth-round pick.

In 2022, King has appeared in one game for the Texans and recorded six total tackles and two pass defenses.