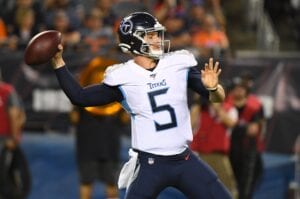 He’s appeared in one game this season.

For his career, Woodside has appeared in nine games and recorded one completion on three attempts for seven yards.