The Titans announced on Saturday that they are elevating DB Davontae Harris and RB Julius Chestnut for their upcoming game against the Eagles. 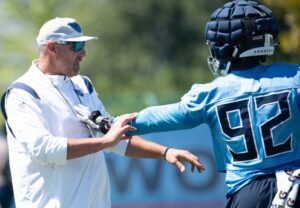 Adeniyi, 25, wound up signing on with the Steelers as an undrafted free agent out of Toledo back in 2018. He agreed to a three-year, $1.71 million contract with the Steelers, but was placed on injured reserve coming out of the preseason. He made the final roster each of the next two seasons.

In 2022, Adeniyi has appeared in two games for the Titans and recorded one tackle.