According to Paul Kuharsky, the Titans are cutting fourth-round WR Dez Fitzpatrick on Tuesday. 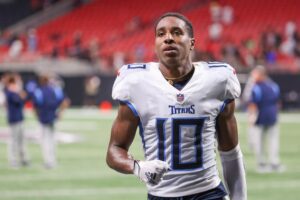 Tennessee traded up to select Fitzpatrick in this year’s draft in exchange for their No. 126 pick in the fourth round, a 2021 fifth-round pick, and a 2021 seventh-round pick.

Fitzpatrick, 23, was picked at No. 109 overall out of Louisville. He is entering the first year of his four-year, $4.3 million rookie contract and set to earn a base salary of $660,000 this season.