According to Jim Wyatt, the Titans activated P Brett Kern and CB Tye Smith from their injured reserve and LB David Long from the COVID-19 list. 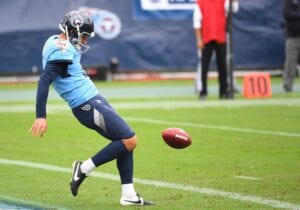 The Titans designated Kern and Smith to return from injured reserve earlier this week. (NFLTR)

Kern, 34, originally signed on with the Broncos as an undrafted free agent back in 2008. He lasted just over a year in Denver before being claimed off of waivers by the Titans.

Kern has gone on to play the past 12 seasons for the Titans. He’s in the second year of his four-year, $12.65 million deal.