The Tennessee Titans have officially placed CB Greg Mabin on the COVID-19 list, according to Jim Wyatt of the team’s site. 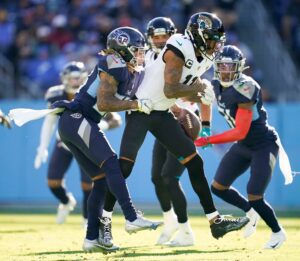 Mabin, 27, wound up going undrafted out of Iowa back in 2017. He later signed on with the Buccaneers but was cut loose a few days later.

From there, Mabin has had brief stints with the Bills, 49ers, Bengals, Titans, and Jaguars before returning to the Titans this past May but was cut loose in August during training camp.

He caught on with the Cardinals’ practice squad in October but later signed to the Titans’ active roster.

In 2021, Mabin appeared in five games and recorded 10 tackles, no interceptions, and one pass defense.