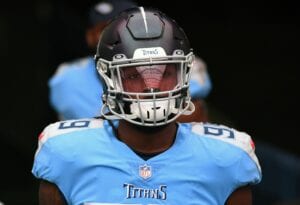 Clowney is reportedly dealing with a meniscus issue in his knee and had been trying to play through it.

However, it appears as though the team and Clowney felt it was best to buy him some time.

Clowney will once again be a free agent in 2021.

In 2020, Clowney has appeared in eight games for the Titans and recorded 19 tackles, no sacks, a forced fumble and four passes defended.