According to John Glennon, the Titans have re-signed TE Geoff Swaim to a one-year deal. 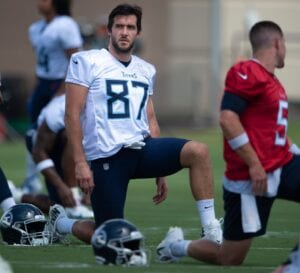 Tennessee needs to remake their tight end room after losing Jonnu Smith in free agency. Swaim appears to be the first step.

Unfortunately, Jacksonville released Swaim after just one season. He caught on with the Titans for the 2020 season.

In 2020, Swaim appeared in 10 games for the Titans and caught nine passes for 83 yards receiving and one touchdown.