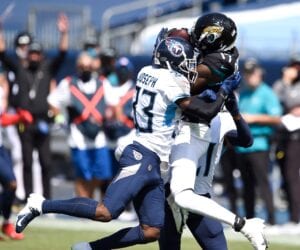 Joseph, 36, is a former first-round pick of the Bengals back in 2006. He spent five years in Cincinnati before departing for a free agent deal with the Texans in 2011.

In 2020, Joseph appeared in seven games for the Titans and recorded 28 tackles, one interception, a forced fumble and four passes defended.