According to Aaron Wilson, the Titans signed DL Abry Jones to their 90-man roster and waived DTs Daylon Mack and Jullian Taylor with injury waivers. 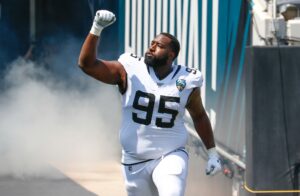 Jones, 29, wound up signing on with the Jaguars as an undrafted free agent out of Georgia back in 2013. He returned to the Jaguars on a one-year, $2.553 million contract back in 2016 before re-signed to a four-year, $16 million extension the following offseason.

He finished out his contract and was testing the market as an unrestricted free agent.

In 2020, Jones appeared in five games and recorded eight tackles, and no tackles for loss or sacks.