The Titans are signing RB Jeremy McNichols to the roster, per Tom Pelissero. 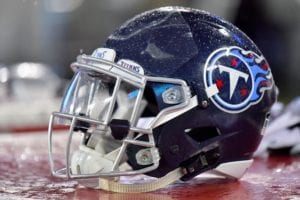 The Titans have confirmed the news and announced that they’ve waived RB Cameron Scarlett and LB Khaylan Kearse-Thomas.

McNichols adds some more depth to the Tennessee backfield behind bellcow RB Derrick Henry. He recently worked out for the team.

McNichols has been active for four NFL games and rushed for four yards on two carries.