The Tennessee Titans officially waived OLB Reggie Gilbert from injured reserve with a settlement on Tuesday. 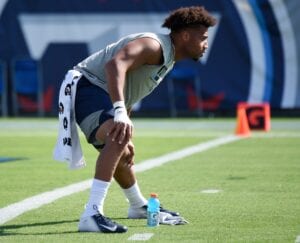 The Packers brought Gilbert back on a future/reserve contract in 2017 and re-signed him as an exclusive rights free agent last year. However, Green Bay later traded him to the Titans for a seventh-round pick coming out of the preseason.

Gilbert signed a one-year extension with Tennessee back in March, but was waived with an injury designation last month and reverted to the injured reserve list.

In 2019, Gilbert appeared in 11 games for the Titans and recorded 21 tackles, one sack and a pass defense.