Tom Pelissero of NFL Media reports that the Broncos are trading rookie CB Kary Vincent Jr. to the Eagles for a 2022 sixth-round pick. 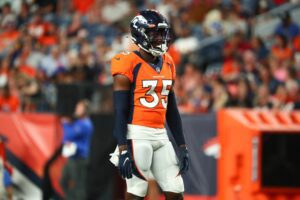 Vincent has yet to appear in an NFL game.