The Minnesota Vikings announced Friday that they’ve activated QB Sean Mannion from the COVID-19 list along with OT Rashod Hill. 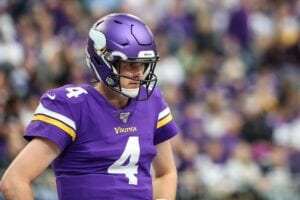 Multiple reports have said that the Vikings are expected to start Mannion in place of Kirk Cousins, who tested positive for COVID-19 today and is out for Week 17.

The Vikings re-signed Mannion to their practice squad.