The Minnesota Vikings announced a series of roster moves ahead of their regular season finale in Week 18. 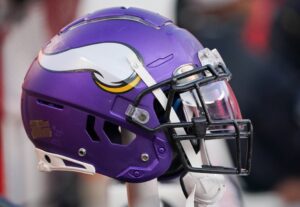 Darrisaw, 22, was a three-year starter at Virginia Tech and was named first-team All ACC in 2020. The Vikings drafted Darrisaw with pick No. 23 overall.

In 2021, Christian Darrisaw has appeared in 11 games for the Vikings, making nine starts for them.

During his college career at Virginia Tech, Darrisaw appeared in 35 games, starting in all of them at left tackle.