According to Jason La Canfora, the Vikings are making strong headway in talks with RT Brian O’Neill. 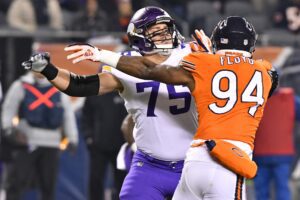 He adds the expectation is the two sides will get something done before the start of the season. Minnesota plays the Bengals in Week 1 on Sunday.

O’Neill is the Vikings’ best offensive lineman and has been a stalwart on the right side of the offensive line the past couple of seasons. The two sides opened talks earlier this summer.

In 2020, O’Neill started all 16 games for the Vikings at right tackle. Pro Football Focus rated him as the No. 24 offensive tackle out of 79 qualifying players.