The Minnesota Vikings have signed DE Jonathan Bullard to a contract on Thursday, per the NFL transactions wire. 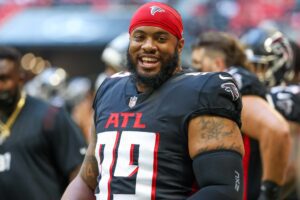 Bullard, 28, is a former third-round pick by the Bears out of Florida in 2016. Bullard was in the final year of his four-year rookie deal worth $3,166,520 when Chicago waived him coming out of the preseason.

The Cardinals claimed Bullard off waivers and he played out his rookie deal in Arizona. He returned to the Cardinals before the Seahawks signed him to their active roster. He caught on with the Falcons in April of last year.

In 2021, Bullard appeared in nine games for the Falcons and recorded 21 total tackles, one pass defense, and no sacks.