The Minnesota Vikings have signed seventh-round TE Nick Muse to a four-year contract, according to Chris Tomasson.

Muse, 23, was a two-year starter at South Carolina and transferred from William & Mary after his sophomore year. He earned third-team All-ACA honors in 2018 at William & Mary. 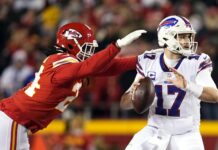