Chris Tomasson of the Pioneer Press reports that the Vikings are signing CB Amari Henderson and OT Evin Ksiezarczyk to contracts on Sunday. 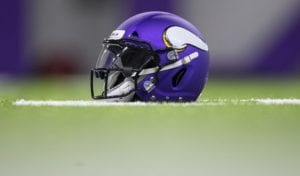 Both players took part in the Vikings’ rookie minicamp this weekend on a tryout basis.

Henderson, 23, wound up going undrafted out of Wake Forest back in 2020. He later signed a rookie contract with the Jaguars, but was waived coming out of training camp.

The Jaguars did re-sign Henderson to their practice squad before releasing him a week later.

During his college career at Wake Forest, Henderson appeared in 46 games and recorded 169 tackles, two fumble recoveries, seven interceptions and 40 passes deflected over the course of four seasons.