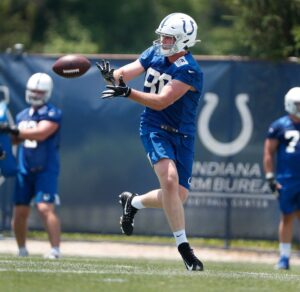 Chris Tomasson of the Pioneer Press was first to report this news on Wednesday.

Tomasson added that Hentges is not expected to clear the league’s COVID-19 protocols in time to play in Week 14.

Hentges, 24, originally signed on with the Colts as an undrafted free agent out of Alabama back in May of last year. He was waived as a rookie and claimed off of waivers by the Washington Football Team in October 2019.

He was among Washington’s final roster cuts coming out of training camp and re-signed to their practice squad. The WFT cut him in September and he caught on with the Colts’ practice squad after a week.

In 2019, Hentges appeared in 11 games and recorded eight receptions for 103 yards receiving (12.9 YPC) and one touchdown.