The Washington Football Team announced a series of roster moves on Friday ahead of their Week 16 game including placing S Landon Collins on injured reserve. 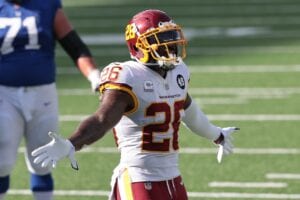 Collins, 27, is a former second-round pick of the Giants back in 2015. He played out the final year of his four-year, $6.12 million rookie contract before agreeing to a six-year, $84 million deal with Washington that includes $45 million guaranteed.