The Washington Football Team announced that they have placed DT Matt Ioannidis, CB Chris Miller, and WR Curtis Samuel on their COVID-19 list, and activated DT Tim Settle to their training camp roster. 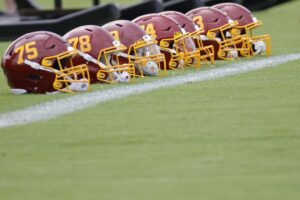 Samuel, 24, is a former second-round pick of the Panthers back in 2017. Samuel played out the final year of his four-year contract worth $6,453,660 that included a signing bonus of $2,833,572 and was testing the open market as an unrestricted free agent for the first time in his career.

He signed a three-year $34.5 million contract with Washington.