The Washington Football Team announced Saturday that they’ve officially reduced their active roster down to the 53-man limit. 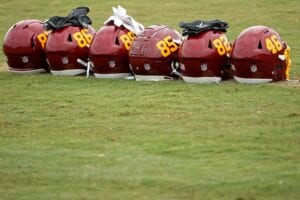 Here’s the list of roster cuts for the Washington:

Washington signed Davis to a one-year, $5 million contract this past March.

Davis played in one game for the Steelers in 2019, recording five total tackles.