According to John Keim, Washington is re-signing RB Peyton Barber to their practice squad on Wednesday. 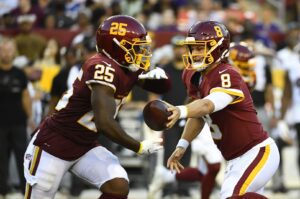 He returned to Tampa Bay on two consecutive one-year deals and signed a two-year contract Washington back in March.