According to Aaron Wilson, the Washington Football Team hosted four cornerbacks for workouts on Wednesday including CB Tre Roberson. 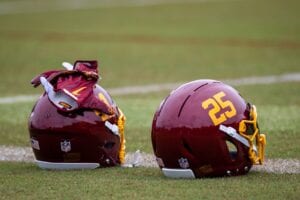 Of this group, Washington signed Luke to their practice squad.

Roberson, 28, wound up going undrafted out of Illinois State back in 2016. He was later waived coming out of the preseason and was on and off of the Vikings’ practice squad as a rookie.

Minnesota brought Roberson back on a futures contract for the 2017 season, but was, once again, among their final roster cuts at the start of the season. From there, he agreed to a contract with the Calgary Stampeders of the CFL and spent two years in Canada.

Roberson returned to the NFL on a two-year deal for the Bears in 2020 but was waived with a non-football injury and spent the year on the reserve list. He was waived with an injury designation coming out of the preseason in 2021 as well.

In total, Roberson recorded 95 tackles, 10 interceptions, two defensive touchdowns and two forced fumbles over the course of two seasons and 32 games in the CFL.