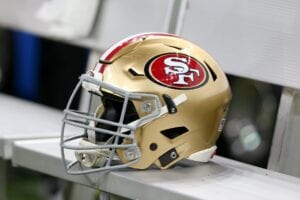 The 49ers also released S Kai Nacua from the unit.