Field Yates reports that the 49ers restructured the contract of C Alex Mack in recent days. 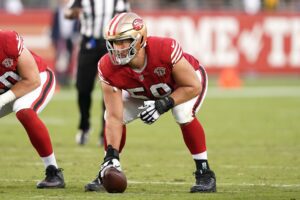 The 49ers created over $4 million of cap space this year with this move.

Mack has been mulling retirement this offseason and it appears as though he’s leaning in that direction.

Mack, 36, is a former first-round pick of the Browns back in 2009. After seven years with the Browns, Mack signed a five-year, $45 million contract with $28.5 million guaranteed with the Falcons in 2016.

Mack played out the final year of his deal with the Falcons before signing on with the 49ers last year.