The San Francisco 49ers officially elevated DB Darqueze Dennard and LB Mark Nzeocha to their active roster on Saturday for their playoff game against the Cowboys, per Aaron Wilson. 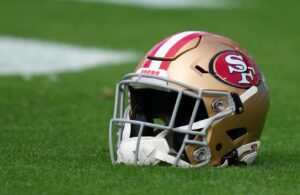 Dennard, 30, was taken with the No. 24 overall pick by the Bengals back in 2014. He played out the final year of his four-year, $7.978 million contract before the Bengals picked up his fifth-year option for the 2018 season.

The Cardinals signed Dennard to a contract in June before releasing him early into the 2021 season. He had brief stints with the Colts and Giants this season before catching on with the 49ers.