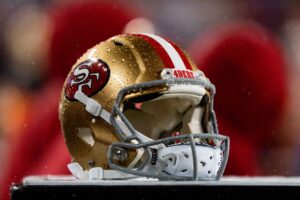 Verrett is coming off a torn ACL, while Woerner has a core muscle injury and Davis has a knee injury.

Verrett landed on injured reserve for three consecutive years. He missed all of 2018 due to a ruptured Achilles. From there, he signed with San Francisco in 2019 and returned to San Francisco on another one-year contract in 2020.

He signed a one-year deal with the 49ers worth $5.5 million, with a chance to make $6 million had he made the Pro Bowl in 2021. San Francisco re-signed him to another one-year deal for 2022 after he missed the season with a torn ACL.