Tom Pelissero of NFL Media reports that the 49ers are signing K Joey Slye to a contract on Tuesday following a tryout. 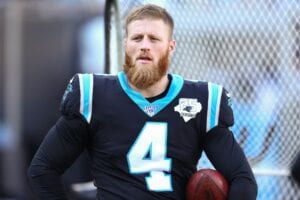 49ers K Robbie Gould is expected to miss around a month or so due to a groin injury he recently suffered.

However, the Panthers cut Slye coming out of the preseason this and he caught on with the Texans. He’s been on and off of their roster in recent weeks.

In 2021, Slye has appeared in three games for the Texans and converted 4 of 5 field goal attempts and 7 of 8 extra point tries.