Aaron Wilson reports that the 49ers are signing OT Jordan Mills to a contract following a workout. 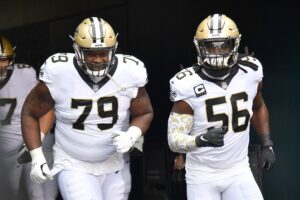 Mills, 31, is a former fifth-round pick of the Bears back in 2013. He spent two years in Chicago before being among their roster cuts at the start of the 2015 season and was later claimed off of waivers by the Cowboys.

From there, Mills had brief stints with the Dolphins, Cardinals, and Cowboys before joining the Saints and being released after the 2021 season.

In 2021, Mills appeared in 10 games for the Saints and made three starts.