According to Adam Schefter, 49ers WR/KR Richie James requires knee surgery and is expected to miss at least six weeks. 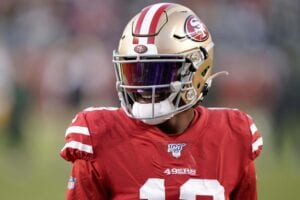 It’s an unfortunate injury for James and the 49ers just a couple of weeks before the regular season.