Bears HC Matt Nagy said Tuesday the team is getting CB Duke Shelley back off the COVID-19 list, per Brad Biggs. 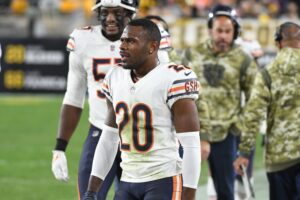 In 2021, Shelley has appeared in nine games for the Bears and recorded 33 total tackles, no sacks or interceptions and three pass deflections.