Bears HC Matt Eberflus announced that they have designated LB Matthew Adams to return from injured reserve on Wednesday, per Courtney Cronin. 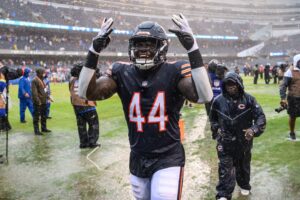 This opens Adams’ 21-day window to practice before being activated.

Adams, 26, is a former seventh-round pick by the Colts in the 2018 NFL Draft out of Houston. He finished his four-year, $2.6 million rookie contract and was testing the market as an unrestricted free agent when he signed with the Bears.

In 2022, Adams has appeared in three games for the Bears and recorded seven total tackles.