Adam Jahns and Kevin Fishbain of The Athletic are reporting that the Bears interviewed Mike Singletary for their defensive coordinator job earlier in the week. 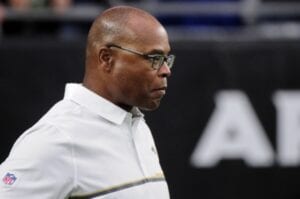 Meanwhile, some internal candidates for the job include safeties coach Sean Desai and DL coach Jay Rodgers among others.

Singletary, 62, played 12 years for the Bears and was elected to the Pro Football Hall of Fame in 1998. He took his first coaching job with the Ravens in 2003.

From there, Singletary joined the 49ers for the 2005 season and eventually took over as head coach in 2009. Since then, he’s coached for the Vikings and Rams before stints in the AAF and The Spring League.