Adam Schefter reports that the Bears are signing QB Andy Dalton to a one-year, $10 million deal, with the chance to earn another $3 million in incentives. 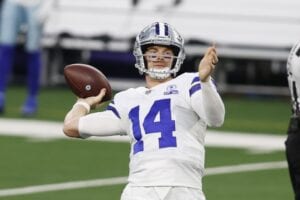 Recent reports mentioned that the Bears were a team to watch for Dalton and it looks like Chicago stepped up to close the deal.

The 49ers were reportedly interested in Dalton as well, but the opportunity to compete for the starting job along with Nick Foles likely weighed heavily in his decision.

The Bears were one of the names linked to Russell Wilson for the past month or so. However, Chicago didn’t really have the assets available right now to put together the kind of return package Seattle would want for Wilson.