Bengals HC Zac Taylor said they are placing G Xavier Su’a-Filo on injured reserve and activated S Ricardo Allen from IR in a corresponding move, according to Ben Baby. 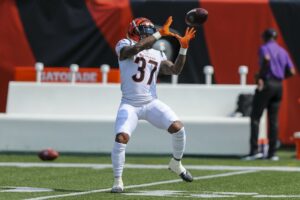 Cincinnati designated Allen to return from the injured reserve earlier this week.

The Falcons and Allen later agreed to a three-year, $19.5 million extension in 2018. Allen was released earlier this offseason and signed a one-year deal with the Bengals.

In 2021, Allen has appeared in one game for the Bengals and recorded five total tackles.