The Bengals announced they have placed OL Keaton Sutherland on the COVID-19 list. 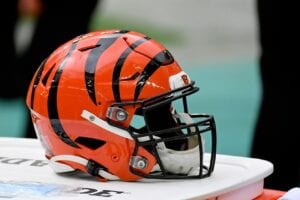 Sutherland is on Cincinnati’s practice squad, so he will not count toward one of their 16 allotted slots for the squad while he’s on the reserve list.

Sutherland, 24, was signed by the Bengals as an undrafted free agent out of Texas A&M following the 2019 NFL Draft. The Bengals waived him coming out of the preseason and later brought him back to their practice squad.

For his career, Sutherland has appeared in five games for the Dolphins and Bengals, making two starts at guard with Miami.