Ian Rapoport of NFL Media reports that the Bengals are expected to sign Saints free agent DE Trey Hendrickson to a contract, replacing Carl Lawson, who agreed to a deal with the Jets. 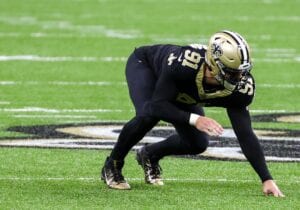 According to Tom Pelissero, Hendrickson is signing a four-year, $60 million contract with $32 million paid out in the first two years.

The Vikings, Jets and Browns were reportedly in the market for Hendrickson as well, but it looks like the Bengals areally stepped up to close the deal.

In 2020, Hendrickson appeared in 15 games for the Saints and recorded 25 total tackles, 13.5 sacks, one forced fumble and one pass defense.