Matthew Fairburn of The Atheltic reports that Bills DT Star Lotulelei plans to return for the 2021 season after opting out of last season due to the pandemic. 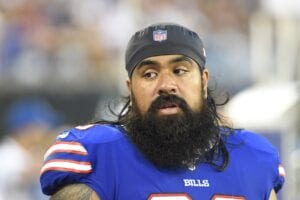 Lotulelei, 31, is a former first-round pick of the Panthers back in 2013. He played out the final year of his four-year, $9.605 million rookie contract before the Panthers picked up his fifth-year option.

Lotulelei made a base salary of $6 million for the 2017 season before eventually signing a five-year contract with the Bills in 2018.

In 2019, Lotulelei appeared in all 16 games for the Bills and recorded 19 tackles, two sacks, an interception and a pass defense.