The Buffalo Bills are elevating defensive tackles Brandin Bryant and C.J. Brewer ahead of their Week 2 matchup on Monday night. 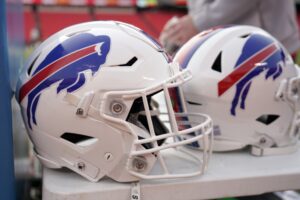 Bryant, 29, wound up signing a three-year, $1.62 million contract with the Seahawks as an undrafted free agent out of Florida Atlantic back in 2016. However, he was later among Seattle’s final roster cuts coming out of the preseason.

From there, Bryant had a brief stint with the Jets before eventually signing on to the Browns’ practice squad. Cleveland re-signed him to a futures contract but ultimately waived him a short time later.

Bryant later caught on with the Dolphins and was brought in by the Bills a short time later.

In 2021, Bryant appeared in two games for the Bills and recorded two tackles.